The throttle body is actually a valve on the car, and its function is to control the intake of the engine. It is controlled by our throttle.

To put it simply, the deeper we step on the gas pedal, the more air intake will be, the more oil and gas combustion will be, and the faster the car will be. 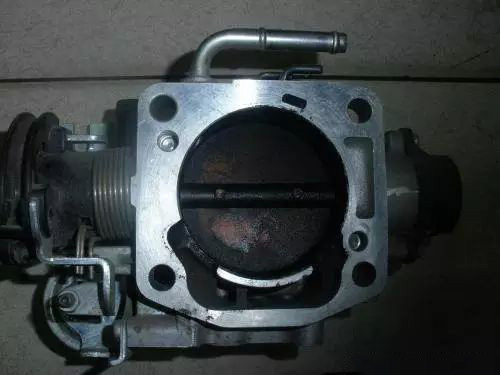 Therefore, the throttle can be said to directly affect the power and performance of the car, and it is a very important part of the car.

How often do you wash the throttle? In fact, the cleaning and deadlines of many things in the car are not too accurate. Every car owner should be able to judge these things based on his own situation and experience, and the throttle is the same.

A pre-judgment time based on the design of the vehicle and the throttle. In the actual situation, you have to judge according to the actual driving environment. If the road is dirty, you can clean it at 2W kilometers, but also observe whether there is an abnormality. 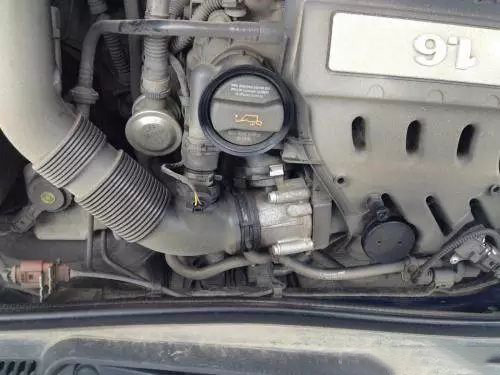 Generally, in normal vehicles, it is found that the D gear brake jitter is very serious, the neutral idle speed is unstable, even the air conditioner is turned on, or the low speed jitter, it is necessary to clean the throttle, and the 4S said that the 51 million kilometers should be cleaned, and when After listening to the jokes, they are eager to clean once a kilometer, so that they can make money.

For the purpose of routine maintenance, if the city travels for a long time, it will be cleaned once for 20,000 kilometers without matching. Most of the suburban expressways or high-speed roads, forty to fifty thousand cleaning once is enough.

Of course, you have to insist on using the original air filter. Unknown brand air filters have many hazards, including the throttle accelerating pollution and carbon deposition. 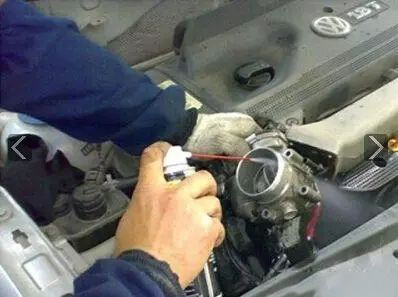 Dirty throttle and fuel injectors will cause weak acceleration, loud noise, fuel consumption, and vehicle shaking. Therefore, it needs to be cleaned regularly, usually just after cleaning the throttle valve and fuel injector. As the oil path is smoother than before, it may feel more expensive to use for the time being. This is because the trip computer is making adjustments through signal feedback, and it will gradually return to the same fuel consumption as before.

If your car often exhibits idling jitter, it may be necessary to clean the throttle and fuel injectors.

Throttle valve cleaning, wear gloves, install the nozzle of the cleaning spray, and align it with the inside of the dongfeng t5 throttle valve. 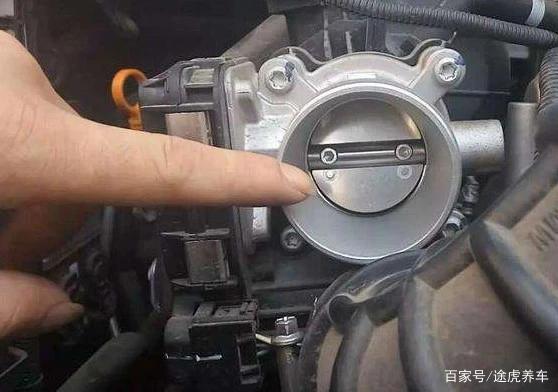 A light spray on the throttle will make the inside of the throttle a lot cleaner. It is recommended to face the trash can when cleaning, because the carbon deposits will be liquefied and flow down while spraying, which will easily stain the environment. In addition, the cleaning agent has a certain pungent smell and a certain corrosiveness, so it is best to wear a mask during operation and keep it away from the mouth, nose, and eyes.

Just after cleaning the throttle, there will be a situation of high idle speed. At this time, it only needs to drive for a period of time. After the vehicle is automatically adjusted, the idle speed will naturally be normal.

As a car owner, you should have some ability to judge the abnormality of the vehicle. Don't go to the repair shop or 4S shop and say that you are allowed to clean the throttle. You agree, maybe your throttle is not broken and it will be given by some cleaning agent. It's broken.

We always hear about the service of "throttle valve cleaning", and we always see the saying "what will happen if the throttle valve is not washed" in some auto media.

At the same time, they will encounter some "technical otaku" analysis. They questioned that "the throttle is only used to control the air flow, how can there be carbon deposits?"… 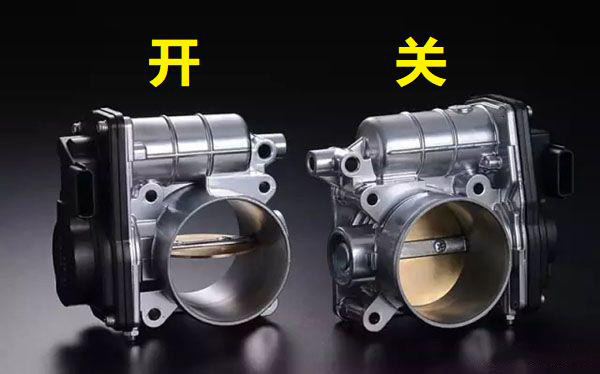 The debate about carbon deposition and cleaning of the throttle valve has never stopped. But there is no real willingness to spend time on the Internet to explain things thoroughly and clearly. So I will be an "analyst" again today, and I will completely break down that little thing about the throttle!

If the throttle is dirty, where is it dirty?

What happens if throttle body is dirty?

It’s already the Sixth Era, and most of the cars running on the road are in the National Five as the mainstay and the National Four as a supplement, and there are a very small number of the national three. In fact, starting from the National IV, the throttle has almost always been "electronic throttle". Compared with the previous "wire rope throttle", the control method has changed drastically.

Among them, the change in idle speed control is the largest. In the past "wire rope throttle" era, for the idling of the engine, it was necessary to set up an "idle motor, idling nozzle". Today's "electronic throttle" controls idling speed in a particularly simple and violent way: the throttle "opens a little bit" and it's done.

There is only one slit in the throttle, so the engine has very little air intake, and when the air intake is small, the fuel injection is also very small. Under computer control, the idling speed is achieved in this way. ——So the most prone to dirt or carbon deposit on the throttle is at the "door gap". If dirt and carbon deposits block the door cracks, the idle speed will be affected somewhat. ——This is the most basic principle of throttle cleaning. 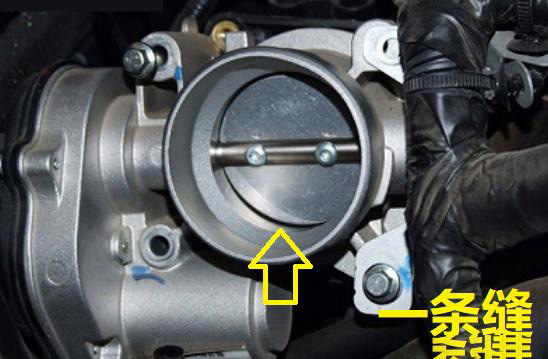 Hardcore knowledge: Explain in detail what kind of car throttle will be dirty?

Then the question is: "The throttle is only used to control the air flow. How can there be carbon deposits?"-This is the question that some technical nerds questioned. Today, in the next long chapter, I will elaborate separately from many angles such as air filtration, PCV system, EGR system, natural aspiration, turbocharging and so on. （Maybe technical articles are a bit boring, but they are definitely dry goods）

The dust that cannot be filtered out by the air filter settles on the throttle, causing dirt?

The air is sucked in from the front air intake and then enters the air filter box. The air filter box is equipped with an air filter, so the dust particles in the air can be intercepted, and the filtered air continues to enter the engine. Most of the conventional automobile air filters can effectively filter 4 micron particles （equivalent to medical disposable masks）， and better ones can reach a filtration level of 1-2 microns.

Therefore, we can draw the first conclusion: as long as the car owner maintains the car's air filter normally, it will not cause "dirty carbon deposits" on the throttle. 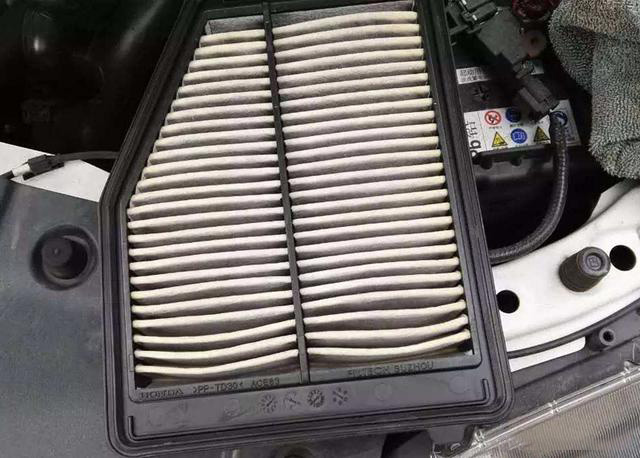 The biggest difference between    and a naturally aspirated engine is the air intake method. The turbocharged engine uses exhaust gas to drive the “exhaust gas turbine” to run at high speed, and the “exhaust gas turbine” drives the “compressor turbine”。 The "compressor turbine" "pressurizes" the fresh air that has been sucked in, and forcibly "presses" the fresh air after the pressure has been increased into the engine cylinder.

In the turbocharged engine system, the intake air is still fully filtered by air filter. 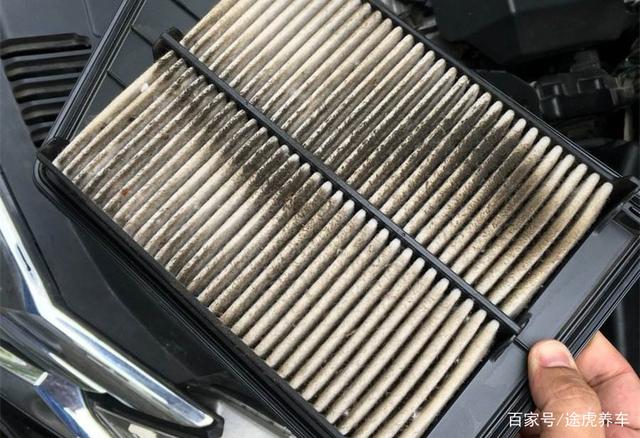 Therefore, like a naturally aspirated engine, as long as it is properly maintained, dust will not enter the engine, so it will not cause the dongfeng joyear x3 throttle to be dirty.

The oil vapor in the PCV system settles, causing carbon deposits in the throttle?

We have talked about the role of the PCV system many times before: When the engine is working, the oil in the crankcase is at a high temperature, so it evaporates into oil vapor. For the safety of the engine, the high-pressure oil vapor must be disposed of, and the way to deal with it is to "allow the engine to suck the oil vapor into the cylinder and burn it"-this is the basic principle of the PCV system. 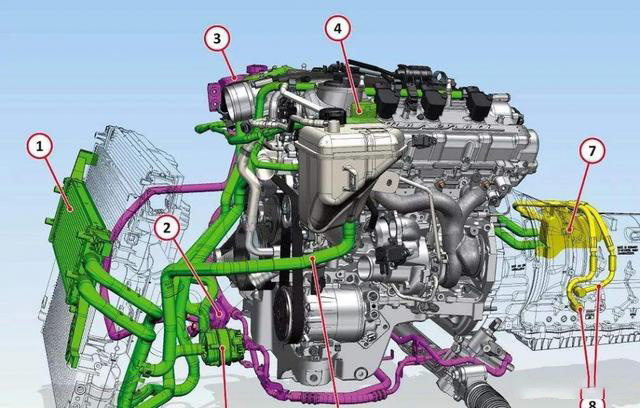 In fact, when a car friend was playing with his car, he found that there was some oil stains in the pipe before the throttle of his car, and asked me if it was a vehicle oil problem. In fact, I speculated that his car should be a turbocharged engine, and further inquiry was confirmed. In fact, this is the basic principle!

The exhaust gas of the EGR system pollutes the throttle, causing carbon deposits and dirt?

In order to lower the combustion temperature of the cylinder and reduce the emission of nitrogen oxides （NOx） and particulate matter, modern engines must have an exhaust gas recirculation system （EGR system）。 The basic principles of the so-called EGR system have been elaborated before: in the exhaust pipe After pressure adjustment, part of the exhaust gas is sucked into the engine's intake again and enters the cylinder to participate in combustion. 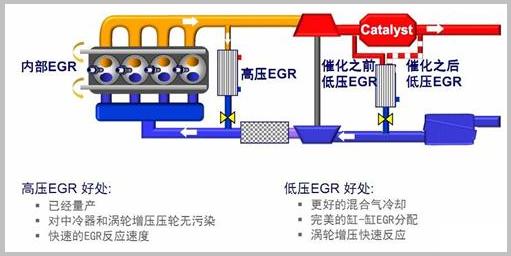 If the engine idling is stable and quiet, without any abnormalities, it means that the throttle valve is very clean and does not need to be cleaned.

——National IV （and above） naturally aspirated engines. The air filter is maintained on time and the throttle valve is basically not dirty.

——Turbocharged engine Due to the existence of the PCV system, the throttle valve does have the problem of being contaminated by oil vapor and carbon deposits.

—The throttle valve is dirty, which only affects the idling stability, and does not have any impact on the medium and high speed driving.